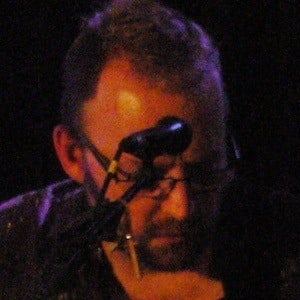 Singer, songwriter, and producer who was best known for fronting the independent band The Bible.

He worked in a record store in his teen years, which was what started his passion for music.

He left The Bible in 1990 to pursue independent musical projects.

His real name is Marcus Hewerdine, and he lived in North London and Cambridge when growing up.

He has a close and long-lived artistic partnership with Eddi Reader.

Boo Hewerdine Is A Member Of