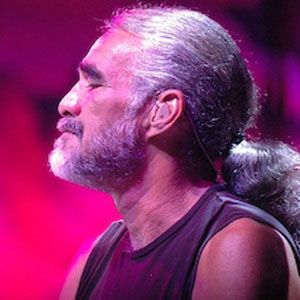 Musician best known as the pianist, organist and keyboardist for the alternative rock band Pearl Jam. He is beloved by fans for his long solos on live renditions of songs like "Crazy Mary."

He spent the early part of his career playing shows in Hawaii with bands like the Mackey Feary Band and Streetwalker.

He was friends with Pearl Jam's Eddie Vedder for nine months before finding out that he was the lead singer of Pearl Jam.

His birth name is Kenneth E. Gaspar. He married a woman named Pinky.

He is known for performing live guitar and organ duels with Pearl Jam guitarist Mike McCready.

Boom Gaspar Is A Member Of