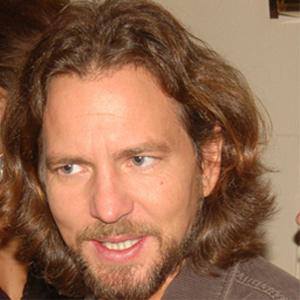 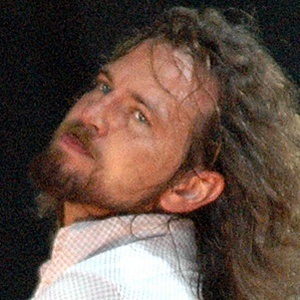 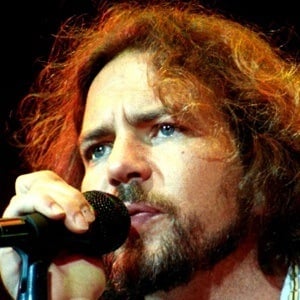 Known for his work with Pearl Jam as lead singer and rhythm guitarist. He was ranked #7 on Rolling Stone Magazine's Best Lead Singers of All Time list.

He worked as a security guard at a hotel outside of San Diego to support his music. His first band was a group called Bad Radio.

He is known for many of his liberal views on sociopolitical issues such as women's rights, environmental conservation, and the death penalty.

He divorced Beth Liebling after being married six years and later had two daughters with Jill McCormick.

He created the soundtrack for Into the Wild, the 2007 film that starred Emile Hirsch.

Eddie Vedder Is A Member Of