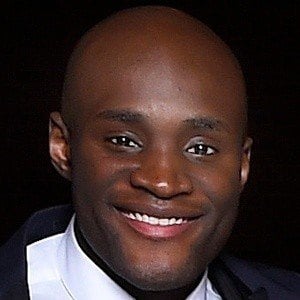 Congolese-Swedish pop singer also known as Boris René who has won fans with songs like "Her Kiss" and "Put Your Love On Me." He was previously a professional soccer player with Örebro SK and Degerfors IF.

He played youth soccer with BK Forward in Örebro, Sweden.

He performed "Put Your Love on Me" at Melodifestivalen 2016 and placed tenth.

He is the younger brother of soccer player Christian Lumbana Kapasa.

He competed against David Lindgren in Melodifestivalen 2016.

Boris Lumbana Is A Member Of