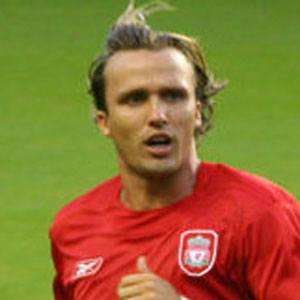 Retired winger and central midfielder who played in the English Premier League for Chelsea, Liverpool, and Sunderland.

His father Pierre Zenden is a former judoka and sportscaster.

He played for manager Steve Bruce on Sunderland.

Boudewijn Zenden Is A Member Of