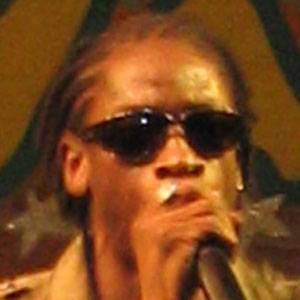 Reggae and dancehall artist known for being the founder of the musical collective The Alliance. His 1996 rap-inspired album My Xperience, spent six months on the Billboard Reggae Charts.

He worked for the Bank of Ireland and began his music career in 1992.

He was nominated for a MTV Video Music Award for Best Pop Video for his 2001 collaboration with the ska-pop band No Doubt, "Hey Baby."

He was born Rodney Basil Price; he grew up one of nine children in Kingston, Jamaica. His son is singer Major Mynah. He had a seven-year relationship with singer Milk.

In the 90's, he had a long-standing public feud with rapper Beenie Man.

Bounty Killer Is A Member Of