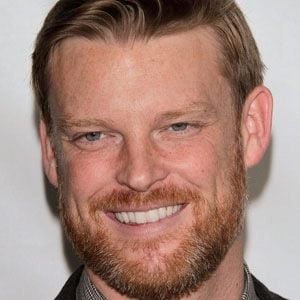 Actor who played Stanley Richmond on the TV series Jericho and appeared in the 2013 sports film, 42.

In high school, he lettered in basketball, football, and track.

He's appeared in films such as Mr. Woodcock and Sorority Boys.

He was born in Waukesha, Wisconsin.

He appeared with John Travolta in the film The General's Daughter.

Brad Beyer Is A Member Of