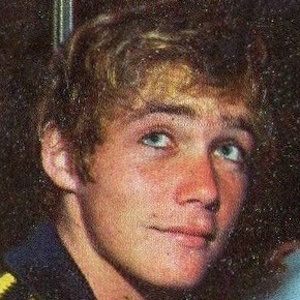 Swimmer who won a gold medal at the 1972 Summer Olympics in Munich in the 400M freestyle.

He was a member of the Rockhampton Swimming Club from an early age, and won his first big competition in Queensland at the age of 7.

In 1990 he was inducted into the Sport Australia Hall of Fame.

He was born in Singapore but his family moved to Queensland when he was very young.

He originally finished second in the 1972 Olympics, but was awarded the gold medal when first-place finisher Rick DeMont was disqualified for ephedrine.

Brad Cooper Is A Member Of