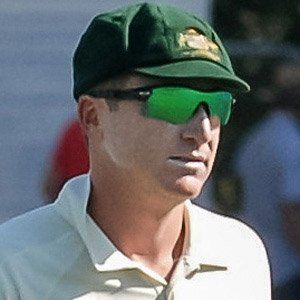 Australian cricketer who is a right-handed batsman and wicket-keeper and debuted for the Australian national team in 2001.

He played for the Queanbeyan District Cricket Club Juniors from age 12 to 15.

In 2013, he set a record for the most dismissals by a wicketkeeper in a Test series with 29.

He married Karina Castle in 2007 and he has a daughter named Mia.

He has played alongside Australian national team captain Ricky Ponting.

Brad Haddin Is A Member Of