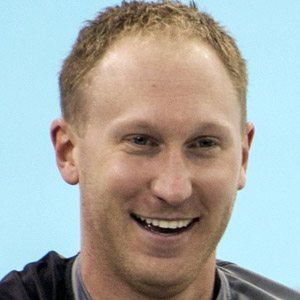 Canadian curler who was runner-up at the 2013 World Championships and was chosen to be skip for the Canadian Men's Curling Team at the 2014 Winter Olympics.

He first competed at the Canadian Junior Curling Championship in 2005, where he placed fourth.

He scored an Eight-ender, a rare move, during the Dominion 2012 Northern Ontario Men's Curling Championship.

He was born and raised in Sault Ste. Marie, Ontario in Canada and he married Shawna Jacobs in 2013.

Mirjam Ott competed in curling at the World Championships one year prior and took gold.

Brad Jacobs Is A Member Of