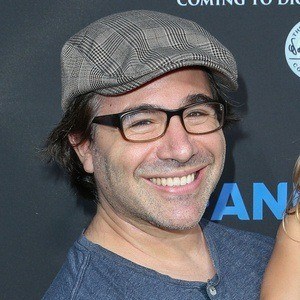 Actor and singer best known for playing the singing voice of Disney's Aladdin. He released a studio album, This Day in History, in 2008.

He was in the backup chorus for the film Evita.

He is an accomplished stage performer, and was featured in Stephen Sondheim's Sunday in the Park with George alongside Bernadette Peters and Mandy Patinkin.

He was married to 7th Heaven and Angel television show actress Sarah Thompson.

Robin Williams voiced the part of his companion, Genie, in Disney's Aladdin.

Brad Kane Is A Member Of