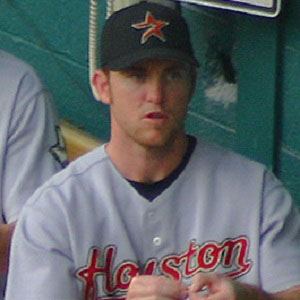 Relief pitcher who threw the final out of the 2008 World Series, sealing the win for the Philadelphia Phillies. He made two All-Star games during his career, including one with the Phillies and one with his previous team, the Houston Astros.

He attended Cherry Creek High School in Denver, Colorado. He later became the Big East Conference Player of the Year while playing college baseball for the Notre Dame Fighting Irish.

After having arthroscopic knee surgery, he was named the 2008 National League Comeback Player of the Year.

He married a woman named Lindsay in 2001. They have children together named Rowan and Avery.

Brad Lidge Is A Member Of