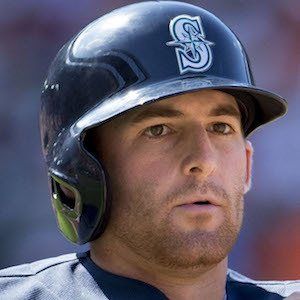 Super-utility player who was selected in the second round of the 2011 MLB Draft by the Seattle Mariners, with whom he spent the early years of his career. He was traded to the Tampa Bay Rays prior to the 2016 season.

He played college baseball for the Clemson University Tigers. He won the 2011 Brooks Wallace Award for as the top college shortstop in the country.

He earned the 2011 ACC Player of the Year award. He debuted at first base for the Tampa Bay Rays midway through the 2016 MLB season.

He was born and raised in Windermere, Florida.

He was traded alongside Logan Morrison to the Tampa Bay Rays from the Seattle Mariners prior to the 2016 MLB season.

Brad Miller Is A Member Of