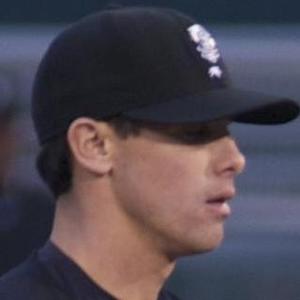 MLB pitcher who began his career with the Toronto Blue Jays in 2009.

He turned down an offer to play for the Toronto Blue Jays in 2006 after he decided to attend the University of Arizona.

He was traded to the Los Angeles Angels in exchange for catcher Jeff Mathis in December, 2011.

He was born and raised in Mesa, Arizona.

He played on the Los Angeles Angles alongside Albert Pujols.

Brad Mills Is A Member Of