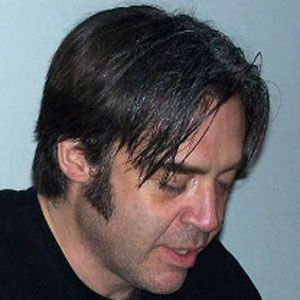 Bass-baritone singer who also played guitar who became known for his work with the Canadian folk-rock band, Crash Test Dummies.

He performed in the Blue Note Cafe's house band, using the name Bad Brad Roberts and the St. James Rhythm Pigs in Winnipeg.

He appeared on an episode of I Love the 90s on VH1.

He and his wife eventually settled in SoHo, New York.

He is a diehard fan of David Bowie.

Brad Roberts Is A Member Of