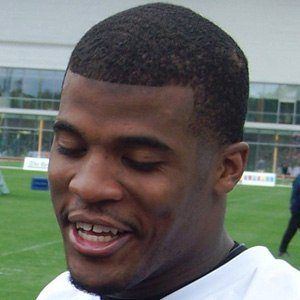 Multi-position NFL player who was selected by the New York Jets in the fourth round of the 2006 NFL Draft.

He had an impressive collegiate career at Missouri, where he was the first player in school history to pass for over 8,000 yards and run for over 4,000.

He was drafted into the NFL as a quarterback, but quickly converted to a running back and wide receiver.

He had a son, Bradley Alexander Jr., with his wife Rosalynn Monique.

He played as a second-string quarterback behind Mark Sanchez while with the New York Jets from 2006 to 2010.

Brad Smith Is A Member Of