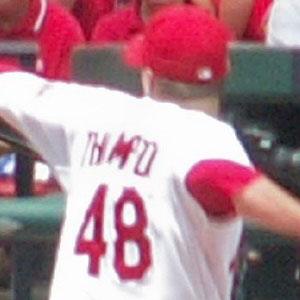 Right-handed pitcher who made his MLB debut in 2005 with the St. Louis Cardinals and joined the Kansas City Royals in 2010.

He attended the Dixie State College of Utah.

He won a World Series with the Cardinals in 2006.

Gold Glove catcher Yadier Molina was his teammate on the Cardinals.

Brad Thompson Is A Member Of