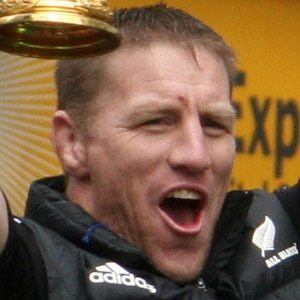 Prop known for his ten-year career with the Brisbane Broncos, where he became one of the most highly-regarded rugby union players ever. He won the Broncos' award for Best Forward in 1997, 2000, and 2006.

He played junior rugby for Wests Arana before joining Brisbane in 1994.

He and his family moved to Australia from New Zealand when he was eight years old.

He and Wendell Sailor are two of the most famous players to have played for the Brisbane Broncos.

Brad Thorn Is A Member Of