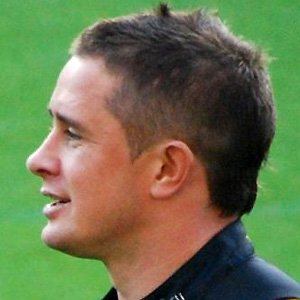 Welsh rugby winger who played for Wales national team from 2000 to 2011.

He played soccer in secondary school because he was too undersized for rugby.

He was named the IRB International Player of the Year in 2008.

He married childhood love, Gail Branwen Lacey, in 2005 and the couple had two children together, Georgie and Carter.

He and David Campese are two of the top rugby union test try scorers of all-time.

Shane Williams Is A Member Of