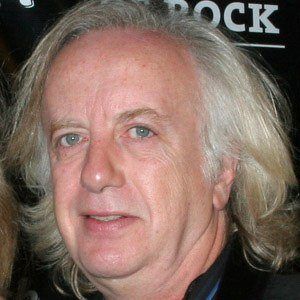 Longtime lead guitarist of Aerosmith who has been with the group on and off for over five decades. He wrote many of their hits, including "Last Child."

He learned the guitar at age fourteen and joined Aerosmith in his early twenties, replacing Ray Tabano.

He was born the middle of three brothers to a father who worked as a teacher. He married his third wife, Kimberley Whitford, in 2006.

He often played with Joe Perry, Aerosmith's other guitarist.

Brad Whitford Is A Member Of