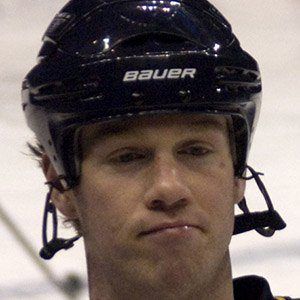 NHL player best known as a left winger for teams like the Edmonton Oilers and Minnesota Wild. He is known to NHL fans for his size, standing at six feet and five inches tall, and became the tallest player to be drafted by the Oilers since 1995.

He participated in the U.S. National Team Development Program before spending two years playing college hockey in his hometown of Madison, Wisconsin.

He was an honorary captain for the Wisconsin Badgers during a game held in December 2012.

His father, Gary Winchester, was a star hockey player at the University of Wisconsin–Madison.

He was teammates with fellow left winger Raffi Torres at Edmonton.

Brad Winchester Is A Member Of