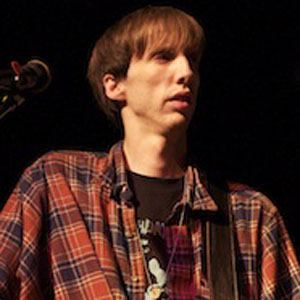 American indie rock singer best known as the frontman for the band Deerhunter. He was born with Marfan Syndrome, a genetic disorder that has caused him to be unusually tall and lanky.

He co-founded Deerhunter in 2001, and their first full-length album was released in 2005.

He also released his own solo music under the name Atlas Sound.

He stated in an interview that he leads an asexual lifestyle.

He appeared in the film Dallas Buyers Club, which starred Matthew McConaughey.

Bradford Cox Is A Member Of