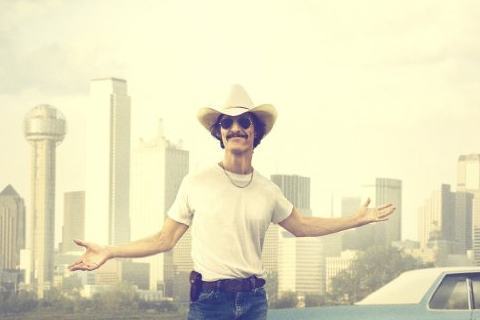 Biographical drama starring Matthew McConaughey as hustler Ron Woodroof, the man who smuggled unapproved pharmaceutical drugs into Texas for AIDS treatment after being diagnosed with disease himself.

McConaughey and Jared Leto won Academy Awards in the categories of Best Actor and Best Supporting Actor for their performances. The film was the 5th movie ever to win both awards.