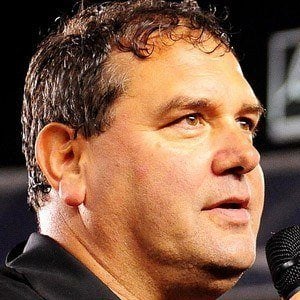 Served as head coach of the Michigan Wolverines football team from 2011 to 2014. He led the Wolverines to an 11-2 record and a Sugar Bowl victory over Virginia Tech in 2011, but the team's production faded after that, leading to his firing at the end of the 2014 season.

In the early 80s he was a coach and a coordinator at Yorktown High School in Indiana.

He was an assistant coach a Michigan State before leaving to coach at his alma mater, Ball State.

He met his future wife Laura Hoke at Ball State.

Brady Hoke Is A Member Of