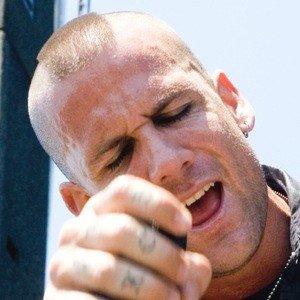 Famous as the lead vocalist of the metal band Bleeding Through, he also performed with the rock band Eighteen Visions and with the metalcore group Throwdown.

He released Dust to Ashes, his first Prime Directive Records label album with Bleeding Through, in 2001.

He and Alex Varkatzas created a music project named I Am War.

He grew up in Newport Beach, California.

He is a contemporary of fellow California born metalcore vocalist Beau Bokan.

Brandan Schieppati Is A Member Of