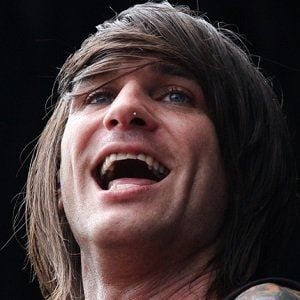 Singer, songwriter, and musician best known for being the lead singer of the metalcore band Blessthefall.

He was raised Roman Catholic in Los Angeles, California. He joined Blessthefall in 2008.

He began running his own clothing line, called Golden Hearts Shine Forever, in 2011.

He married pop singer Lights Valerie Poxleitner in 2012, and in 2014, he became a father with the birth of the couple's first child, a daughter named Rocket.

He is joined by bassist Jared Warth in Blessthefall.

Beau Bokan Is A Member Of