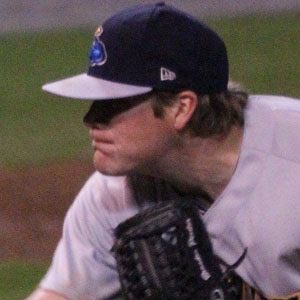 Professional MLB player best known as a pitcher for the New York Yankees.

He played college baseball with Santa Ana College and Long Beach State University before being drafted to the Yankees in 2011.

He played for the Staten Island and Tampa Yankees in the minor leagues before making his major league debut against the Baltimore Orioles.

He was born in Corona, California and lived in California most of his life until being drafted into the Yankees.

He became teammates with pitcher Nathan Eovaldi on the Yankees.

Branden Pinder Is A Member Of