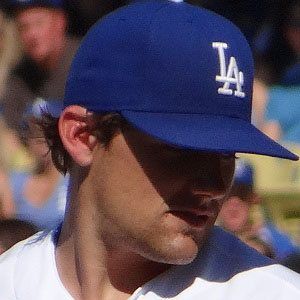 MLB pitcher who won a World Series title with the Boston Red Sox in 2018. He made his MLB debut with the Los Angeles Dodgers in 2011 and also pitched for the Miami Marlins and New York Yankees.

He turned down a baseball scholarship to Texas A&M after being selected by the Los Angeles Dodgers in round eleven of the 2008 MLB Draft.

He was born and raised in Alvin, Texas.

In the summer of 2012, he and Hanley Ramirez were part of an MLB trade in which Eovaldi left the Dodgers for the Marlins and Ramirez made the opposite switch.

Nathan Eovaldi Is A Member Of