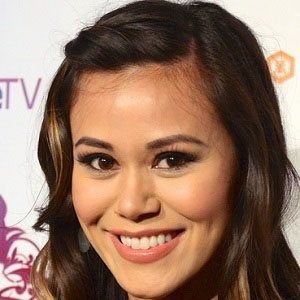 POPSUGAR's Lifestyle TV host as well as food reporter/producer who has also served as a motivational speaker and philanthropist.

She earned a degree in English and Journalism from the University of Arizona in 2006. Shen then moved to Chicago before settling in Los Angeles.

She is a former beauty queen and was a finalist on the ABC reality show Oprah's Big Give.

Her father was in the US Army for close to 40 years. She married Chris Simon in August 2016. They welcomed a daughter named Milly in 2017.

She has had the opportunity to cook alongside notable chefs such as Cat Cora, Curtis Stone and Fabio Viviani.

Brandi Milloy Is A Member Of