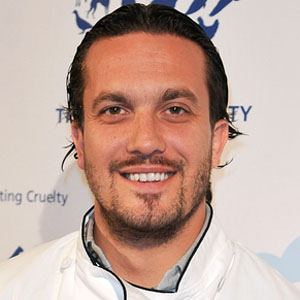 Chef who appeared on the fifth season of the Bravo culinary program Top Chef.

He worked as a private chef for actor William Shatner.

He appeared on a short-lived television show Chef Academy.

He was born in Florence, Italy and later became a naturalized United States citizen.

He and Bethenny Frankel both starred in reality television shows.

Fabio Viviani Is A Member Of