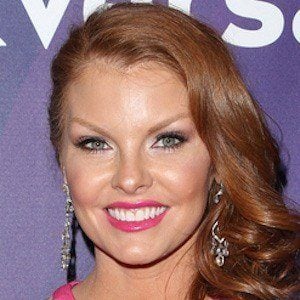 Real Housewives of Dallas star whose previous claim to fame was as an All-Star and five-time cheerleader for the Dallas Cowboys.

She graduated from Texas Woman's University.

She supports charities both locally and nationally, including Operation Smile, The Community Partners of Dallas and Folds of Honor.

She married her high school sweetheart Bryan Redmond, with whom she has three daughters and a son.

She is joined by LeeAnne Locken as a cast member of The Real Housewives of Dallas.

Brandi Redmond Is A Member Of