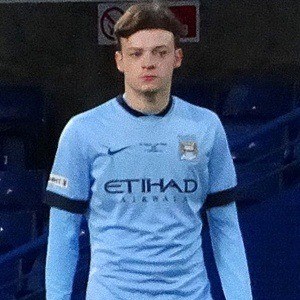 English winger who made his professional debut with Manchester City in the fifth round of the 2015-2016 FA Cup. He spent the 2016-2017 domestic season on loan to NAC Breda of the Dutch Eerste Divisie.

He joined the Manchester City youth academy at age 8. Following the 2013-2014 season, he won the academy's Player of the Year award.

After being called up to Manchester's senior team in 2015, he spent the final two months of the calendar year on loan to Rotherham. He's represented England at the U18, U19, and U20 levels.

He was originally born and raised in Manchester, England.

He and Shane O'Neill were teammates on NAC Breda in 2016-2017, both on loan from their parent clubs.

Brandon Barker Is A Member Of