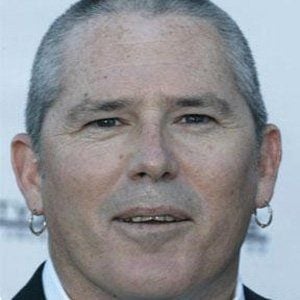 Bill Bixby's son on the ABC sitcom, The Courtship of Eddie's Father who became a punk rocker with the Dead Kennedys.

He landed his best-known role at the age of 5, and became a popular child actor, appearing also on shows like Kung Fu and Gunsmoke.

In 2001, he replaced Jello Biafra as the lead singer, a move that Biafra criticized as turning the DKs into the 'world's greediest karaoke band.'

He had two children with wife, actress, Elizabeth Finkelstein.

In addition to his on-screen work, he also worked behind the scenes in several direct-to-DVD productions by the Olsen Twins, Mary-Kate and Ashley.

Brandon Cruz Is A Member Of