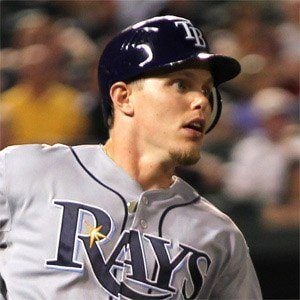 MLB outfielder who debuted with the Tampa Bay Rays in 2011. He joined the Cleveland Indians in 2016 and helped the team reach the World Series that same year.

He was a varsity football player at Herndon High School, where he rushed for more than 1,000 yards as a tailback in each of his last two seasons. He played college baseball at the University of Virginia.

In 2011 he became the second player in Rays franchise history to hit a home run in his first-ever at bat.

Brandon Guyer Is A Member Of