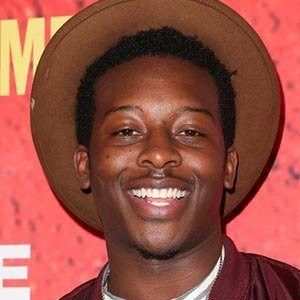 Breaking through in the TBS comedy-mystery series Search Party, Brandon would go on to star in ABC's The Mayor and God Friended Me. His film credits include The Airport Run and Monster Party.

After a couple of years at Pendleton High School, he transferred to South Carolina Governor's School for the Arts & Humanities. He then studied drama at The Juilliard School.

Before earning a main role on Search Party, he was a guest-star in Unforgettable, Broad City and The Characters.

His was raised by a single mother who was a preacher.

He would star alongside Alia Shawkat in Search Party.

Brandon Michael Hall Is A Member Of