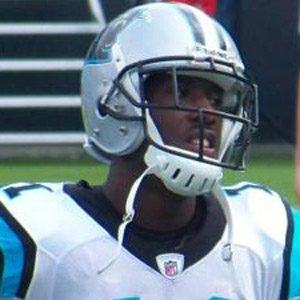 Wide receiver who made his NFL debut for the Carolina Panthers in 2010, then joined the New England Patriots in 2014 and helped the team win Super Bowl XLIX in 2015. In 2016, he joined the Cincinnati Bengals.

He played football at Lamar High School in Houston, Texas.

He played college football at LSU, where he was a 2008 First-Team All-SEC selection and won the BCS Championship that same year.

He was raised mostly by his mother Joyce Hicks. He married Kristen LaFell in 2014.

Early in his career, he began drawing many comparisons to Pro Bowl receiver Dwayne Bowe for his size and skill.

Brandon LaFell Is A Member Of