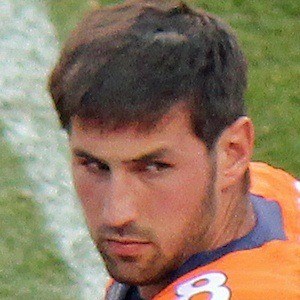 Football placekicker who is known for his career in the NFL. He played on the 2015 Denver Broncos team that won Super Bowl 50, where he successfully kicked 3 field goals for the team.

He was signed as an undrafted free agent following the 2013 NFL Draft by the Indianapolis Colts. In September 2015, he became the 3rd placekicker in NFL history to kick 3 field goals of 56 yards or more in the same game.

Brandon McManus Is A Member Of