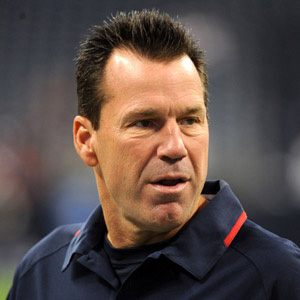 He was an All State champion in football, basketball, baseball, and track.

He was in the same 1983 NFL Draft class as future Denver Broncos QB John Elway.

He had three sons with his wife Rhonda.

He succeeded John Fox as head coach of the Denver Broncos.

Gary Kubiak Is A Member Of