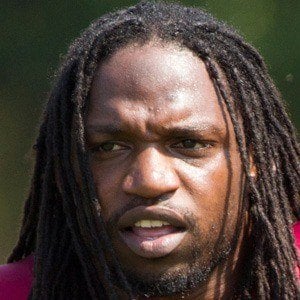 NFL safety who was selected 24th overall in the 2007 NFL Draft by the New England Patriots. He played for the Chicago Bears in 2011, then joined the Washington Redskins in 2012.

He started living with his adopted parents when he was 11 years old.

His mother gave birth to him when she was only thirteen years old.

He was born in Apopka, Florida.

He was teammates with the great Tom Brady on the Patriots.

Brandon Meriweather Is A Member Of