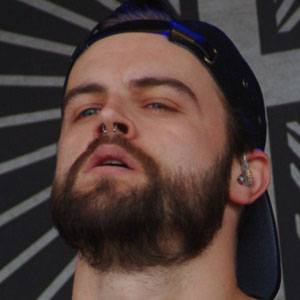 Former member of the hardcore punk band Beartooth whose studio album called Disgusting peaked at #48 on the US Album chart.

He performed in various basement jam bands as well as national touring acts before joining Beartooth in 2013.

After Beartooth, he went on to play the drums for the band Glasslands.

He hails from Columbus, Ohio. He has dated Jamie Janetzke, who has been featured on his Instagram.

He performed alongside Taylor Lumley in Beartooth until 2016.

Brandon Mullins Is A Member Of