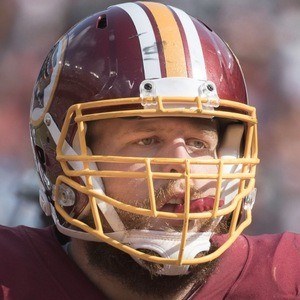 Offensive guard who began playing for the University of Iowa Hawkeyes in 2011. He was selected fifth overall in the 2015 NFL Draft by the Washington Redskins.

He attended Denison High School, where he was a First-Team All-State selection as a senior.

He played quarterback during his sophomore season at Denison, passing for more than 1,200 yards.

His parents are Cindy and Bob Scherff.

He and Cal Jones, whose jersey was retired by the University of Iowa, are two of the best offensive guards in Hawkeye history.

Brandon Scherff Is A Member Of