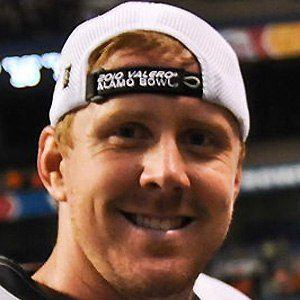 NFL quarterback who was the 22nd overall pick in the the 2012 NFL Draft, becoming at 28, the oldest player to be selected in the first round.

He played football at Oklahoma State, and in his final college game, he threw for 399 yards in the 2012 Fiesta Bowl.

He was a pitcher who played professional baseball until 2006 with such teams as the New York Yankees and Los Angeles Dodgers.

He married Melanie Meuser in 2009.

He was chosen for the starting job on the Cleveland Browns in 2012 over Colt McCoy.

Brandon Weeden Is A Member Of