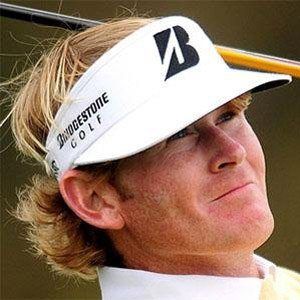 American professional golfer who was named PGA Rookie of the Year in 2007.

He was taught the game golf by his uncle Uel Loughery at the age of 8.

He won the 2012 Tour Championship tournament which allowed him to take the title of FedEx Cup Champion.

From Northern Ireland, his family background has members that are both Catholic and Protestant. He married Mandy Snedeker in 2008 and he has a daughter named Lily.

He joined Tiger Woods and Vijay Singh as winners of the FedEx Cup.

Brandt Snedeker Is A Member Of