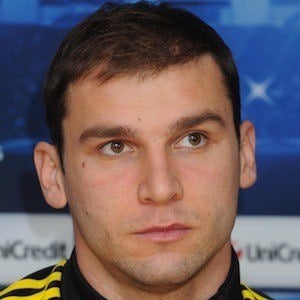 Versatile defender who signed with Chelsea in 2008 after spending two years with Lokomotiv Moscow. He joined the Serbian national team in 2005.

He began his career in the Serbrian Superliga with Remond in 2001.

He grew up in Sremska Mitrovica, Yugoslavia, then part of the Soviet-controlled Eastern Europe.

He won the UEFA Europa League Championship with Frank Lampard on Chelsea F.C. in 2013.

Branislav Ivanovic Is A Member Of