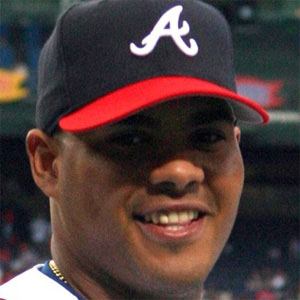 Switch-hitting catcher known for his solid catch-and-throw skills; began his MLB career in 2005 with the Atlanta Braves. He has also played for the Kansas City Royals, Detroit Tigers, Cincinnati Reds and St. Louis Cardinals.

He played for the Cuban 18-and-under national team.

He grew up in Havana, Cuba. He's married to Lina Pena.

As a member of the Kansas City Royals in 2010, he served as a backup to three-time All-Star catcher Jason Kendall.

Brayan Pena Is A Member Of