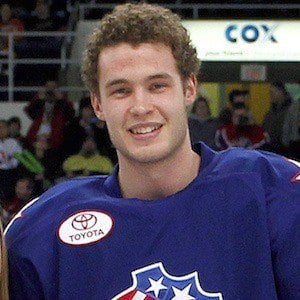 He began his amateur career in 2007 after being drafted by the Kootenay Ice in the 2nd round of the 2006 Western Hockey League (WHL) Bantam draft. During the 2011-2012 season, he made his debut in the American Hockey League (AHL) for the Rochester Americans.

In 2009, he was selected at #66 overall by the Buffalo Sabres in the NHL entry draft. In 2008, he won a gold medal as a member of the Canadian U-18 national team at the Ivan Hlinka Memorial Tournament.

He was born and raised in Davidson, Saskatchewan, Canada.

During his debut 2014-2015 season for the Kings, he played alongside Dustin Brown, who was also the team's captain.

Brayden McNabb Is A Member Of