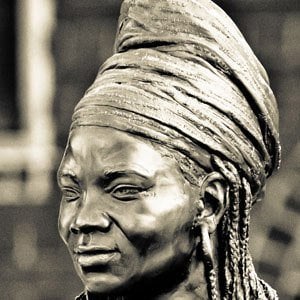 Afropop artist who wrote and performed anti-apartheid songs and sang "Weekend Special" and "Too Late for Mama."

She fronted her first band, Brenda and the Big Dudes, in 1985.

She has been declared the Queen of African Pop by her fans.

She grew up in Langa, Cape Town with eight older siblings. Later on in life she was briefly married to Nhlanhla Mbambo.

Brenda Fassie Is A Member Of