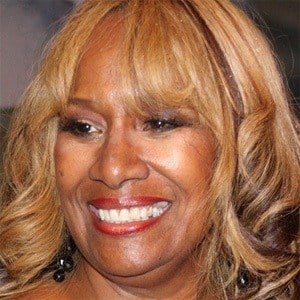 Motown and soul singer and songwriter whose hits include "When I'm Gone," "You've Made Me So Very Happy," and "Every Little Bit Hurts."

When she was fourteen years old, she began singing backup vocals for Southern California R&B bands. She was signed by Motown Records when she was just seventeen.

She sued the band Blood, Sweat & Tears for its chart-topping cover of her popular single "You've Made Me So Very Happy."

She and her two younger siblings grew up in the Watts neighborhood of Los Angeles, California. Her sister, Patrice Holloway, also had a career as a singer.

Brenda Holloway Is A Member Of