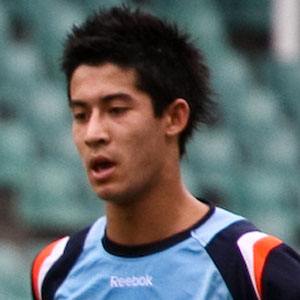 Soccer forward who signed with Sabah FA of the Malaysian Super League in 2011.

He signed with the Sutherland Sharks football club when he was only twelve years old.

He played on the first National Youth League Team of the Australian football club, Sydney FC.

He was born in Sutherland Shire, Australia, to Malaysian parents.

He and fellow Malaysian soccer player Matlan Marjan both played for Sabah FA.

Brendan Gan Is A Member Of