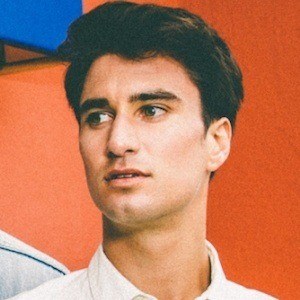 Vocalist making up one part of the five piece California-born band Finish Ticket. Signed to Elektra Records, the band released their debut album Tears You Apart in 2013 and followed with the EP When Night Becomes Day in 2015.

He and his brother founded Finish Ticket while still in high school with their friend and guitarist Alex DiDonato. Then, after the Stein brothers joined, they began performing at local festivals and venues.

In 2015, Finish Ticket was the opening act for the Blurryface Tour, a tour headlined by Twenty One Pilots.

His brother, Michael, is the bassist for Finish Ticket.

Brendan Hoye Is A Member Of